The condom and the diaphragm prevent the sperm cells from fertilizing the egg. Contraceptive pills, patch, ring and injections prevent ovulation. The Implanon contraceptive stick prevents ovulation, while the Jadelle stick does not. Intrauterine devices and mini pills cause the uterine mucous membrane to reject the fertilized egg. Emergency contraceptive pills prevent ovulation when taken early in the period, after ovulation has occurred they function as mini pills.

The pituitary gland is the part of the brain that is in control of maturation of eggs as well as ovulation via the hormones FSH and LH. Prior to ovulation the ovaries secrete estrogen that causes the mucus of the cervix to become easily penetrable to the sperm cells. The high estrogen level also causes the pituitary gland to release LH that triggers ovulation.The composition of hormones in birth control pills is made to replace the body’s own production of estrogen and progesterone. The estrogen prevents release of LH from the pituitary gland.

Some women get harmless side effects like nausea, headache, reduced libido or mood changes when they start taking birth control pills. Usually these side effects disappear after a couple of months. Thus it may be wise to be patient for three months before stopping to take the pills or changing to another brand of contraceptive pills. In many cases it may help to try a brand with a different hormone combination.

Dangerous side effects are very uncommon. In one year blood clots occur in only 20-40 of 100.000 women taking birth control pills (1). The risk is highest for women with a heritage of cardiovascular diseases like stroke, heart attack and venous thrombosis. The risk is significantly increased for smoking women. Women over the age of 40 also have increased risk of breast cancer when taking birth control pills. It is not recommended to use combination pills during periods of breast-feeding.

As a positive side effect, the use of combination pills reduces the risk of cancer in the ovaries and uterus. Many women also experience reduced pain and less bleeding during menstruation. Some brands of contraception pills even reduce the incidence of acne pimples.

The birth control pill Cerazette is different from other contraception pills because it contains only gestagen. However, even though this pill resembles the so called mini pills that do not contain estrogen, in contrast to mini pills it does prevent ovulation.

Cerazette may cause irregular bleedings, but this side effect usually subsides over time. Most women get fewer and smaller bleedings when they use this pill. It may be a good alternative to women who get troublesome side effects from estrogen and women who are in danger of cardiovascular disease or other serious side effects related to estrogen.

The contraceptive patch is applied on the skin and changed weekly for three weeks. During the fourth week no patch is used and the woman gets a bleeding. The patch is composed of the same hormones as combination pills and prevents ovulation. The potential side effects are the same as those related to combination pills.

The contraceptive ring is placed deep in the vagina and kept for three weeks. Then the ring is removed for one week and bleeding will occur. If the man senses the ring during intercourse, it may be temporarily removed. However, to prevent pregnancy it shall not be taken out for more than three hours. The ring contains the same hormones as combination pills and does prevent ovulation. Potential side effects are similar to those related to combination pills.

The contraceptive stick is introduced under the skin via a small incision made by the doctor. Normally the stick is placed on the upper arm. Different sticks have different characteristics. The Implanon stick may be kept for three years and prevents ovulation (2). The Jadelle stick may be kept for five years, but it does not prevent ovulation (3). The latter works by making the cervical mucus less penetrable to sperm and at the same time making the uterine mucous membrane reject fertilized eggs. Thus it is an ethical question whether it is right to use sticks like Jadelle as contraception. 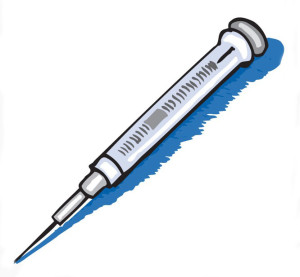 These injections are given every third month. The injected fluid contains only gestagen, but usually the dosage is so high that ovulation is prevented. The reliability is high, but the contraceptive effect may have a hangover after stopping to take the injections. Injections may be given during periods of breast-feeding, although one would normally not recommend these injections to younger women or women in danger of osteoporosis because reduction of bone density is a known side effect.

As opposed to combination pills, the mini pills do only contain gestagen which is an imitation of the body’s own sex hormone progesterone.

One snag about mini pills is that they must be taken at very regular intervals. The reliability will be considerably reduced when they are taken at a time that differs more than three hours from the usual time.

Mini pills make the mucus of cervix less penetrable to sperm. They may also inhibit ovulation in some women, but the most important mechanism is making the uterus reject fertilized eggs. Thus it becomes an ethical question whether it is justifiable to use mini pills as contraception.

The traditional copper IUD is made of plastic shaped as a capital T containing a copper wire. When the IUD is placed in the uterine cavity, it may stay for years. The copper has a certain ability to kill sperm cells and the cervical mucus is made less penetrable to sperm. However, in the same way as with the mini pills, the most important mechanism is making the uterus reject fertilized eggs.

The reliability of the IUD is significantly poorer than that of contraceptive pills. It is also a certain risk of pregnancy outside the uterus.

In the hormone IUD, the copper has been replaced with gestagen. This hormone makes the cervical mucus less penetrable to sperm. The hormone IUD may inhibit ovulation in some women so that fertilization of the egg does not happen. It is also more reliable than the copper IUD as a contraceptive. However, the most important contraceptive mechanism is still causing the uterus to reject fertilized eggs (5).

Since rejection of fertilized eggs occur with both the copper IUD as well as the hormone IUD, one must consider if it is ethical justifiable to use any form of IUD as a contraceptive.

The so called emergency pill may be purchased over the counter without prescription in several countries. The pill shall be taken as soon as possible after unprotected intercourse. The pill contains the same type of hormone as mini pills, although the concentration is higher. The higher dosage may prevent ovulation if the pill is taken early in the period. However, when taken later ovulation has already happened. When taken after ovulation, the emergency pill works by the same principles as the IUD and mini pills by making the cervical mucus less penetrable to sperm and causing the uterus to reject fertilized eggs. This implies that also this type of contraception has ethical consequences that must be considered. 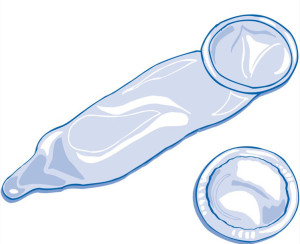 The condom is a popular type of contraception due to its accessibility and ability to give a certain protection against sexually transmitted diseases. Since the 1930s condoms have been made of latex, which makes them strong in spite of being extremely thin. Condoms have no side effects unless one is allergic to latex.

The reliability of condoms is a little poorer than that of combination pills, but they are rather reliable when used correctly. The condom must be kept on during the whole intercourse, since the clear fluid that is secreted via the urethra earlier than ejaculation may contain sperm cells as well.

The condom is a good alternative if the woman gets side effects from hormonal contraceptives.

The diaphragm is a small cup made of latex that is placed over the cervix to prevent sperm from entering the uterus. Diaphragms are made in different sizes and the size must be chosen after gynecological examination by a doctor or a midwife. To be sufficient reliable a sperm killing cream should be applied as well.

The reliability is good when the diaphragm is used properly. It must be introduced prior to intercourse and shall be left in place some hours afterwards. This may require some planning, but many couples consider the diaphragm to be a good alternative after all. The diaphragm may also be a good contraceptive for women who get side effects from hormonal contraceptives.

This method is called natural family planning and is based on avoiding intercourse during the part of a woman’s period when she is most fertile. One has to estimate the time of ovulation which is the tricky part. Only using the calendar and counting days since menstruation is not a reliable method. Daily temperature measurements may help to guesstimate the period of lowest fertility, but even this method has its uncertainties. Some couples use a computer that calculates the time of ovulation based on several months of temperature measurements. This may help to make the method more reliable.

Many couples choose sterilization as a final form of contraception when they have got the children they want. The use of hormonal contraceptives after forty is related to more serious side effects and sterilization may be a better alternative.

In women sterilization is performed by laparoscopic cutting of the oviducts. This prevents the eggs from getting in touch with sperm but has no consequences for the production of sex hormones. The ovaries are still connected to the blood stream where the hormones are released.

In men sterilization is done by the simple procedure called vasectomy. This may be done as an outpatient in local anesthesia. The surgeon makes a small incision on each side of the scrotum and the two spermatic chords are cut. This prevents the sperm cells from being transported from the scrotum to the seminal vesicles and prostate gland.

Whenever there is doubt about whether one wants to have more children or not, sterilization is not an option. Even though it is possible to surgically join the oviducts or spermatic chords, these operations only occasionally restore fertility. However, for those in adulthood that know that they have finished their contribution to the world’s population, sterilization is a good alternative. Many couples appreciate the freedom associated with the possibility to enjoy sex without worrying about contraceptives and unwanted pregnancy.